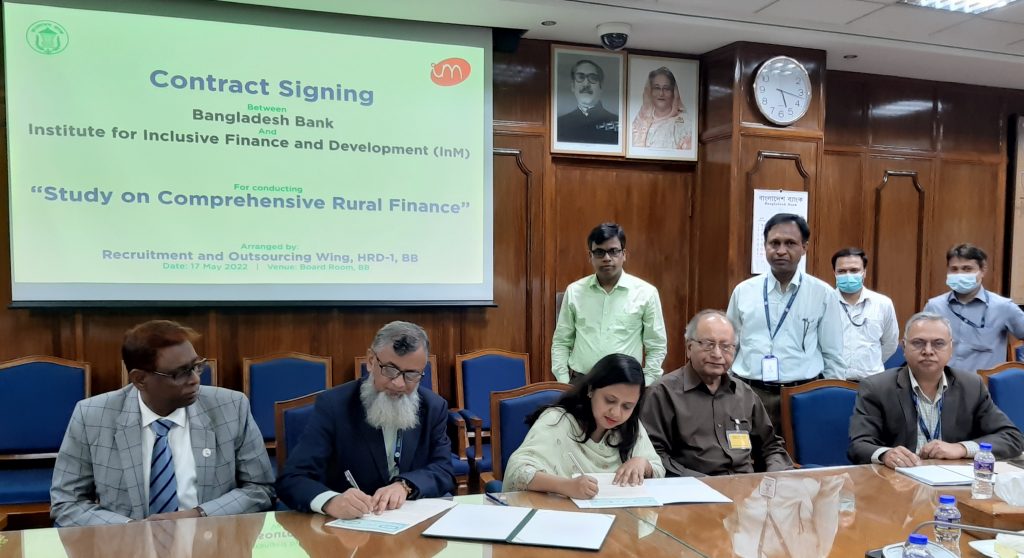 Mr. Md. Kazi Saidur Rahman, Deputy Governor, BB welcomed Dr. Mujeri and his team. He said that in order to accomplish the broader goal of providing credible research support for designing rural finance policies and institutional reorganisation by the Bangladesh Bank and other policy makers in support of the long-term policy agenda of the government for transforming Bangladesh to a high income country by 2041, this study will be a very timely and useful one.