The Institute of Microfinance (InM) organized its 3rd Regional Dialog in Mymensing on June 4, 2014 at the Agro-forestry Seed Production & Development Association (ASPADA) Training Academy of ASPADA Paribesh Unnayan Foundation. Representatives of the NGO/MFIs working in this region and their members participated in this dialog. 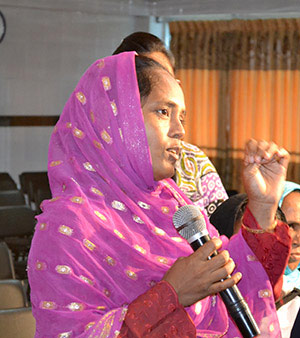 The regional dialog was divided into two sessions. The first session involved discussions with the members/ borrowers of NGO/ MFIs to learn about their present status; if they could improve their living conditions by taking loans from different NGO-MFIs.

The second session of the dialog had the executive heads of the NGO/ MFIs of Mymensing region as the participants to discuss about the challenges they face while operating the microfinance and other development programs at this region. 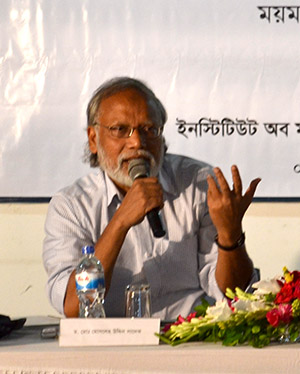 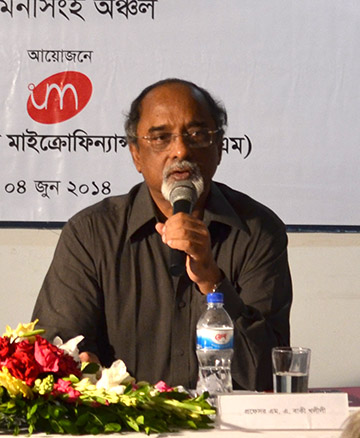 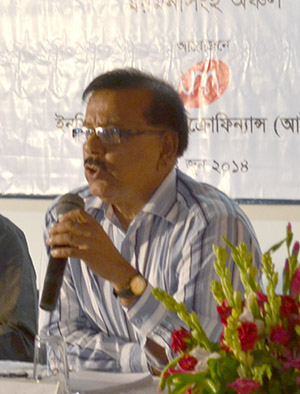 Professor Khalily, in his speech mentioned that two dialogs were previously organized by InM in the same manner in Sylhet and Chittagong regions and InM is also planning to visit every division to carry out similar dialogs across the country. He noted that these regional dialogs will learn about the real stories directly from the borrowers’as well as the practical experiences of the NGO/MFIs which will help formulating policies in future. He also mentioned that after organizing such dialogs in seven different regions, InM will organize a National Convention where the field level workers of the NGO/MFIs who act as the liaison between the lending agencies and the borrowers will participate. Dr. Sadeque and Mr. Chowdhury similarly requested the participants to share their own experiences so that effective development plan and policies can be formulated from this.

The executive heads of the NGO/MFIs of the Mymensing region participated in the second session of the dialog. The session tried to understand the needs, problems and challenges the NGO/MFIs face while working in the sector. Discussants shared their problems and ideas with all and most of the participants stated that the fund crisis is the major challenge they face to operate the microfinance programs. They also requested for capacity development training programs for the MFI officials.